Rickamil is one of five worlds in the Souris subsector that was once owned by the Ardiska-Stane corporation, which used the worlds primarily for the gathering of raw materials for its various biochemical research projects, as well as the occasional 'in-the-field' science experiments.  About half a century ago, the residents of these worlds, tired of being under the thumb of AS, coordinated their efforts in an attempt to overthrow their corporate masters, during a time when the corporation was having more than a few problems elsewhere throughout the Gateway Quadrant.  Tipping off various pirate factions as to the schedules of the AS ships arriving in-system, the revolutionaries attacked the crews and commandeered the ships of any company vessels that did make it into port, with the aid of some privately hired mercenaries.  Eventually, the five worlds declared themselves to be an independent polity, calling themselves the Kasahlian Confederation, so named after Kasahla Lenruli, the leader of the revolution who died fighting off AS-hired mercenaries.

Ardiska-Stane appealed to Emperor Aandiruu (who had only taken the throne a year earlier), arguing that not only was such a revolution illegal in regards to worlds legally owned by the corporation, but that such a succession of planets from Sphere Fenix was both an insult to the Emperor and seriously undermined and threatened the strength and security of the Sphere.  Seemingly in agreement with AS, Aandiruu sent soldiers and warships to the five worlds of the Kasahlian Confederation, quickly crushing the nascent Kasahlian government.  However, much to the consternation of AS, Aandiruu did not return the control of these worlds to the corporation, but rather declared them to be directly under the rule of the Sphere, until such a time when each world could show that they were capable of self-rule in such a manner that did not threaten  the sanctity of the Sphere.

Since then, two of the five former Kasahlian worlds have achieved self-rule.  Rickamil is not one of them.  As the capital of the Kasahlian revolution, a strong desire for independence and self-rule still dominates the populace of Rickamil, although not universally so.  As a result, the occasional burst of terrorist violence against the agents of the Sphere living on the planet (usually Naval forces occupying the planet) occurs now and then.  This is not so frequent as to justify an Amber Zone rating for Rickamil (and those who commit such acts tend to be careful not to target civilians travelling from off-world), but it is enough to ensure that the local Law Level is highly restrictive in terms of weapon possession. 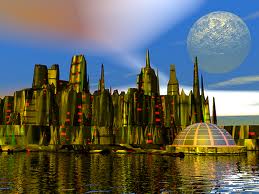 The Rickamil Starport system is dominated by its highport, which also doubles as the SF Naval base that oversees control of the planet.  Needless to say, things tend to be very strict and run very much in a by-the-book manner at the highport.  The down-port is located in the capital city of Mosera, where things are just a little bit more relaxed, although still well-regulated and tightly run.  The SF Navy takes a dim view of starships skimming the local oceans for unrefined fuel instead of paying for refined fuel at the 'port. 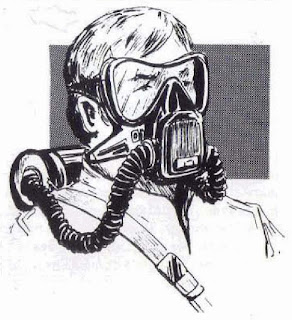 Rickamil is fairly Earth-like physically, although the unusually high nitrogen content in the atmosphere requires the use of oxygen tanks for those who work or travel outside.  Over half of the roughly 700,000 inhabitants of this world work and live comfortably inside the atmosphere-controlled buildings of Mosera, with the rest living in the various smaller settlements that dot the Rickamilian landscape.  It should be noted that while Rickamil is technically Tech Level 13, the common TL for the civilian populace is closer to 12; any TL 13 items for sale in the civilian sector will usually be double the usual price.
Posted by Knightsky at 8:40 PM 2 comments:

Around here at Casa Knightsky, it's pretty much a Labor Day tradition to crank up 'Working Man' by Rush... not that we usually need an excuse to play some Rush around here. However, in an attempt to class things up a bit (because I am, y'know, all about being classy), I now present a symphonic rendition of said song, courtesy of the Royal Freakin' Philharmonic Orchestra.


(Will get back to posting Traveller-related stuff after I recover from DragonCon)
Posted by Knightsky at 7:00 AM 1 comment: