In most fantasy worlds there are those who live (and die) by violence, but who lack the full training of Fighters and other such warriors.  Picking up what they know mainly from the school of hard knocks, they are brawlers who are not entirely adverse to stealth and guile, as they often operate outside the law.  They are street thugs, muscle for the thieves' guild, back-alley throatslitters, barroom brawlers, village goons, highway bandits, and forested revolutionaries.  They are Bravos.

Move Silently (Dexterity):  As per the Rogue ability.

Sneak Attack:  Gained at 4th level, as per the Rogue ability.  If wearing armor heaver than leather, this penalty suffers a -1 penalty for each point above AC 12 the armor confers.  Likewise, non-leather headgear confers an additional -1 penalty, as does the use of a non-small shield,

Weapon Specialization:  Gained at 4th level, as per the Fighter ability, granting a +1 bonus to hit and damage.  This increases to +2 at 10th level.

The Bravo also has two other special abilities, which varies depending on whether the Bravo is primarily urban- or rural-based.

Bravos who work primarily in cities or larger towns have the following two special abilities:

Conceal (Dexterity):  As per the Rogue ability.  Penalties for wearing heavier armors apply, as per the sneak Attack ability.

Listen (Wisdom):  As per the Rogue ability.

Bravos who live more in villages, or who live outside of civilization altogether (i.e. in the forest) have the following two special abilities:

Conceal (Dexterity):  As per the Ranger ability.

Survival (Wisdom):  As per the Ranger ability.

The first draft of this was posted many, many moons ago on the old Troll Lords Games C&C forums
Posted by Knightsky at 6:24 PM No comments:

Now that I'm a couple of sessions into running my new C&C campaign, I just wanted to write down and formalize my house rules that I'll be using... 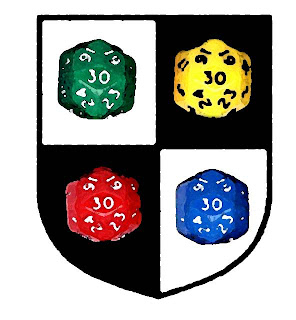 Posted by Knightsky at 9:30 PM No comments:

Email ThisBlogThis!Share to TwitterShare to FacebookShare to Pinterest
Labels: Castles and Crusades

Like many players growing up with older editions of D&D, I disliked the need for spell memorization from magic-users.  I had not yet read Vance, and the idea of a wizard forgetting a spell upon casting it made no sense to me, nor did it line up with other representations of magic as per Howard, Leiber, Moorcock, etc.  Truthfully, outside of a specifically Vancian setting it still doesn't make that much sense to me, to be honest... however, in recent years I have come to appreciate a bit more the 'resource allocation' aspect of 'old-school' D&D, i.e. the necessity of having the right spell memorized, the right equipment on hand, etc. for a given adventure.  For my upcoming C&C game I'd like to retain a bit of that pre-adventure planning, while still giving wizards a bit more flexibility in terms of overall spellcasting. 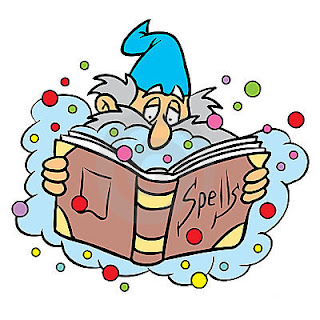 The following alternate rules are designed for Castles & Crusades, but could easily be adapted to earlier versions of Dungeons & Dragons with little muss or fuss.  The only possible hurdle might be if your particular flavor of D&D uses a different time scale - in C&C a round is 10 seconds long, and a turn is a minute long.

First, what the wizard (or illusionist, or whatever) is doing after those 8 hours or so of sleep isn't so much spell memorization, but rather spell preparation.  Think of casting a spell as not unlike firing an arrow from a bow.  There are multiple steps involved in the latter: 1) having a bow in hand, 2) grabbing an arrow, 3) nocking the arrow on the bowstring, 4) drawing the arrow (and bowstring) back, 5) aiming the arrow at the target, and 6) letting loose of the arrow, so that it may (hopefully) hit its intended target.  In preparing their spells for the day, spellcasters are essentially going through the magical equivalents of steps 1-5, leaving only the final step undone so that the final triggering of the spell may be cast at the appropriate moment.

The implication here is that the casting time given for a listed spell is for that last step, when the spellcaster 'pulls the trigger' on the incantation in question.  A further implication is that a spellcaster can cast any unprepared spell they know, but that it required more time to complete.  An unprepared spell whose casting time is listed in rounds requires an equal amount of time in turns/minutes; if a spell has a casting time listed in turns, the unprepared time required is multiplied by 10.  For example, Dragon Mount has a CT of 2 rounds; an illusionist casting it unprepared would actually need 2 turns/minutes to cast it.  Likewise, Explosive Runes has a CT of 1 turn/minute; a wizard would need 10 minutes of cast said spell unprepared.

The exception here is any spell that has a CT listed in minutes, hours, or days (instead of rounds or turns), requires the same amount of time to cast, prepared or not.  This changes the 'resource allocation' dynamic of spell preparation a bit, but not overly much; such spells are comparatively few, and many of them are of a nature that you would not bother to memorize for a dungeon expedition, but would rather save for 'downtime casting' (i.e. Guards And Wards).  If a spellcaster knows such a spell, they can cast them unprepared at no penalty... if they have the time to do so.

While originally intended for arcane spellcasters, the above system can also be applied to divine spellcasters as well, if desired.  The cleric or druid is spending their morning prayers making the mental preparations required to act as a conduit to channel their deity's favor into a specific miracle/spell.  However, if a spell falls under a deity's primary aspect (i.e. Cure Light Wounds for a Goddess of Healing, or Continual Flame for the God of Fire), then the spell can be cast unprepared at the reduced casting time.
Posted by Knightsky at 8:57 PM No comments:

Email ThisBlogThis!Share to TwitterShare to FacebookShare to Pinterest
Labels: Castles and Crusades, Dungeons and Dragons 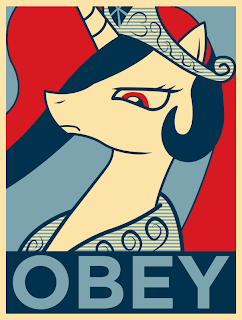 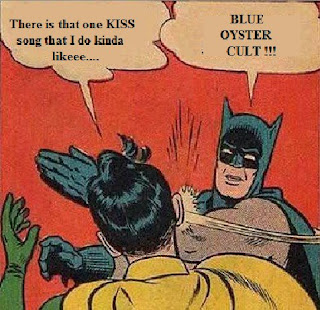 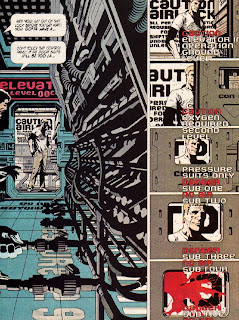 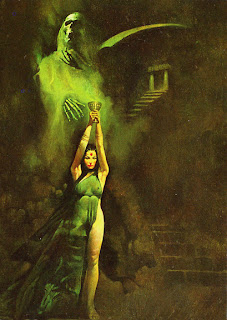 Posted by Knightsky at 6:46 PM No comments: