There's been no small amount of talk of late among gamers (especially the OSR types) about sandbox campaigns, and how to run them.  This usually is geared toward fantasy campaigns, although sci-fi games can get the sandbox treatment as well.  One particular genre of tabletop RPG gaming that hasn't gotten a lot of play in this regard is superhero gaming.

And not without reason.  In most four-color superhero comics, the heroes tend to be more reactive than proactive.  Supervillain robs a bank, criminal organization acquires apocalypse weapon, aliens show up to invade... a crime/threat is committed by others, and then the heroes try to stop it.  Every once in a while some superheroes try to go proactive, but this rarely lasts long... mainly because such comics, with a few exceptions, tend to be rather crappy (Quick, does anyone remember Extreme Justice? No, me neither.).

That said, in a gaming context it's not an impossible proposition, just one that needs a little extra work and planning to pull off.  Part of what gives a sandbox its appeal is the ability for the players to choose the type of adventures they embark upon.  In a superhero setting, this means that there needs to be multiple threats present, and that the PC's can prioritize their responses as they see fit.

Okay, so first you need a map of the campaign city.  The PC's can, and probably will stray beyond its borders from time to time (sometimes you have to go out into the boonies to stop those Lovecraftian cultists), but the city in questions acts as an anchor for the campaign.  If you're using a real city, no problem, just grab a few maps, with at least one concentrating of detailing differing neighborhoods/boroughs (actual street maps aren't quite as important - you rarely need that much detail - but can still prove useful on occasion).  If you want to use a fictitious city - and while some may scoff, doing so has some real benefits - well, you could design your own, or use one of the many that show up in various superhero RPG's... but that said, it's probably easiest just to take a map of Green Arrow's old stomping grounds Star City, change the names of the city and its various neighborhoods, maybe change the compass directions to suit to local geography, and use that. 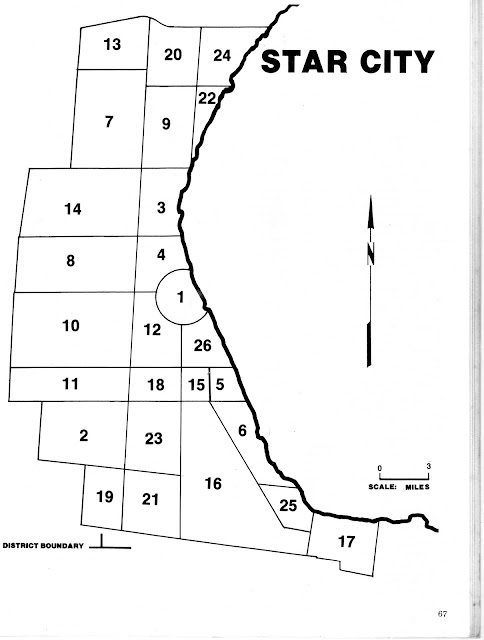 Trust me, unless you tell your players what you've done, they won't recognize the source.  They would probably recognize a re-named Gotham, and might recognize Metropolis with a name change, but they are not going to recognize Star City with a face-lift. 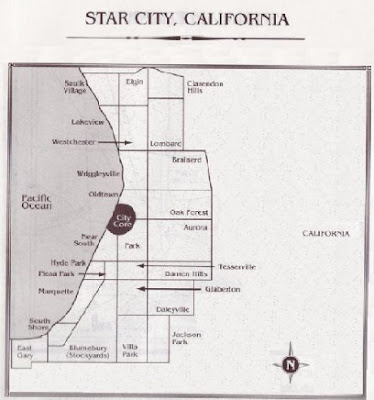 Next, you need lots of villains, to give your PC's a proper target-rich environment.  Why there are so many supervillains in a city where (ideally) there are no other superheroes (except for the PC's, of course), is for each individual GM to decide.  Perhaps there has been a recent massive jailbreak from a nearby super-prison.  Or maybe the superhero who had defended the city for years has died, or is no longer available (the old DC Heroes adventure module 'King of Crime' uses this basic premise - after Barry Allen is dead, various villains move to Central City to run rampant, and it falls to new heroes (the PC's) to come in and save the day).

As a minimum, I would recommend the following:
This is in addition to whatever friendly/neutral NPC's you want to work up - the nosy reporter, the local police liaison, co-workers for the hero's secret identity, etc.  You also want the campaign's superspy organization (S.H.I.E.L.D., Checkmate, U.N.C.L.E., etc.) to have a local branch - besides being very useful in other regards, you want an organization that can legitimately take down a supervillain or three on their own: part of the freedom of a sandbox for players is deciding that there are certain things you don't want to bother with, so delegating those threats to others should be an option that they can occasionally employ ("We'll handle the supervillains threatening to take over the city, if your organization can handle the Cthulhu cultists we got a line on - yeah, we can curbstomp them easily enough, but those guys still creep us out.")

Now get a copy of your neighborhood map, and place the various villains and groups in the various neighborhoods accordingly.  Villains may live in one neighborhood, but mostly target other areas, depending on the individual M.O.'s; mark both for them, and unless they can teleport, you may want to note the travel points in-between (this will become important when we get to patrolling in a later post).  This constitutes a villain's or organization's Area of Operations (AoO).

You may also want to work out a relationship map, a la various Indie and old White Wolf games, between the various villains, organizations, etc.  Alternatively, you may want to leave this fast and loose, and let tensions, alliances, etc. arise between the various criminal elements during ongoing play.

Get a sheet of paper, and list all of the solo villains, supervillain groups, organizations, and street gangs on them.  Each week (or every other week, or month, or whatever), roll one die for each of them to see if they do something newsworthy that grabs the public's and/or law enforcement's attention.  Solo villains roll a d6, supervillain groups roll a d10, organizations roll a d12, and street gangs roll a d20.  On the first week of the campaign, each villain/group that rolls a 1 does something that the heroes can react to.  Those that don't, put a check mark by their name.  Each check mark increases the odds of something occurring for dice rolls on following weeks; one check mark means you need to roll a 1-2 on the given die, two check marks require a 1-3, etc.  If they don't make their roll, add another check mark.  When they do finally make their roll, erase all check marks and start over (assuming the villain/group hasn't been captured/put out of of business by the PC heroes).

As long as you have enough villains present, someone will being doing something during any given time-frame to catch the PC's attention.  Preferably more than one person or group, so the players have to make decisions which to concentrate on, or alternatively to split up their attention and divide their efforts accordingly.

These numbers alone should give PC heroes plenty to do for several weeks of campaign time to come, but there's more to superhero gaming than just bashing baddies.  Forthcoming posts will give some extra details and options to help ensure the game feels sufficiently superhero-esque.