Well, it was bound to happen eventually... Neil Peart, the drummer for Rush, celebrated his 59th birthday on Monday, and of course I missed it (that's what happens when you're the new guy in the band, I guess). 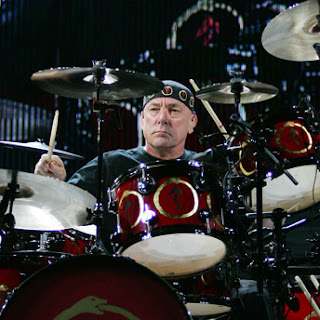 Neil is, besides being a unique and thoughtful lyricist, one of the best drummers alive today.  Some would say he's the best living drummer, period.  Of course, some wouldn't even bother with that caveat...


And so, let's celebrate with Neil doing what he does best, teaching those skins a lesson during his drum solo (referred to here as 'O Baterista', but more commonly known as 'The Rhythm Method'), taken from the Rush In Rio concert:


Happy (late) birthday, Neil!
Posted by Knightsky at 7:42 AM